A few years ago I was on an assignment in India. I had a day off, so I went to the Mullick Ghat flower market in Kolkata. It’s one of the largest floral wholesalers in Asia—a huge warren of stalls, more than a century old, with some 2,000 vendors setting up every day.→

Seasonal flowers arrive on trucks early each morning. The crazy, hectic atmosphere fascinated me. But more than anything, I was drawn to the way the male sellers carried their flowers. They were macho men, but they held their petals in an almost ladylike way. One guy looked like he was wearing a floral dress. Intrigued by this masculine-feminine contrast, I went back two years later to shoot a series of portraits.

Flowers are used for everything in India, from festivals and parties to religious rituals. The variety is enormous: brightly hued hibiscuses, vivid crimson roses, jasmine bouquets, fragrant lotus and magnolia flowers. But I decided to photograph only the species that I saw the vendors carrying. I originally thought about including both sexes in this series, but the women I asked told me they were reluctant to have their pictures taken. So I focused exclusively on the male vendors.

A lot of these guys speak only Bengali. Some are there illegally; gaining their trust was a challenge. But after a few days my assistant and I connect- ed with one of them—a local guy who speaks Bengali and Hindi. His help made it easier for us to get permission and access. The market was too congested to frame the kind of clean pictures I like, so I photographed the men along the Hugli River, a tributary of the Ganges. I took my pictures from 12 to 3 p.m., to capture the moody mixture of sun- light and smog. I also used a studio filter to soften the harsh midday light.

Over the course of eight days I photographed about 55 vendors. Most of the portraits took 10 or 15 minutes. That doesn’t sound like much, but it was so hot it felt as if we were burning. At the end of each day’s shoot, I had to go back to my hotel to change all my clothes. I was literally covered with sweat. My work is an attempt to get beyond stereotypes. Some people think that everyone in India is poor and miserable. This project—a series of beautiful images made in a rough, unlikely environment—is my way of showing otherwise. 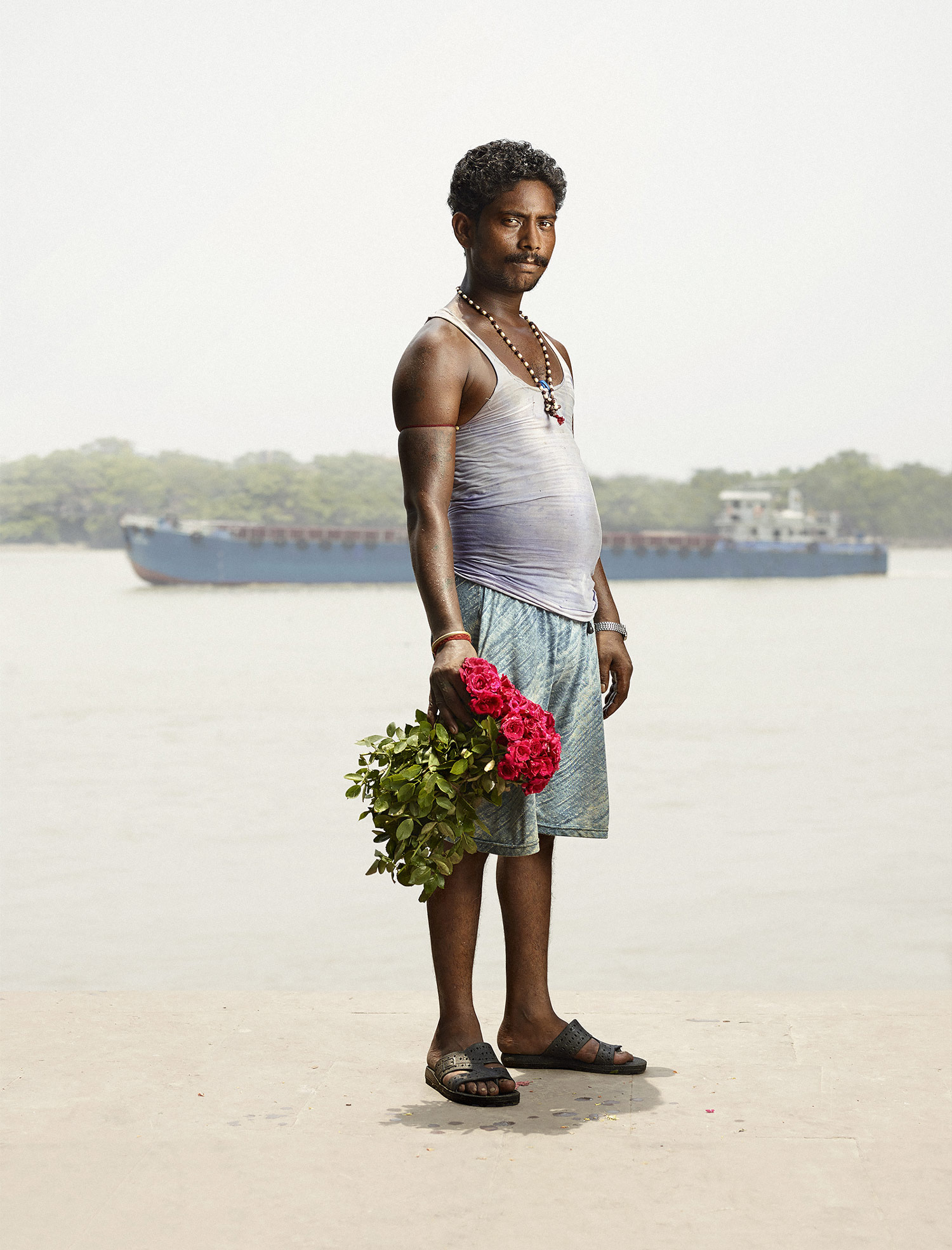 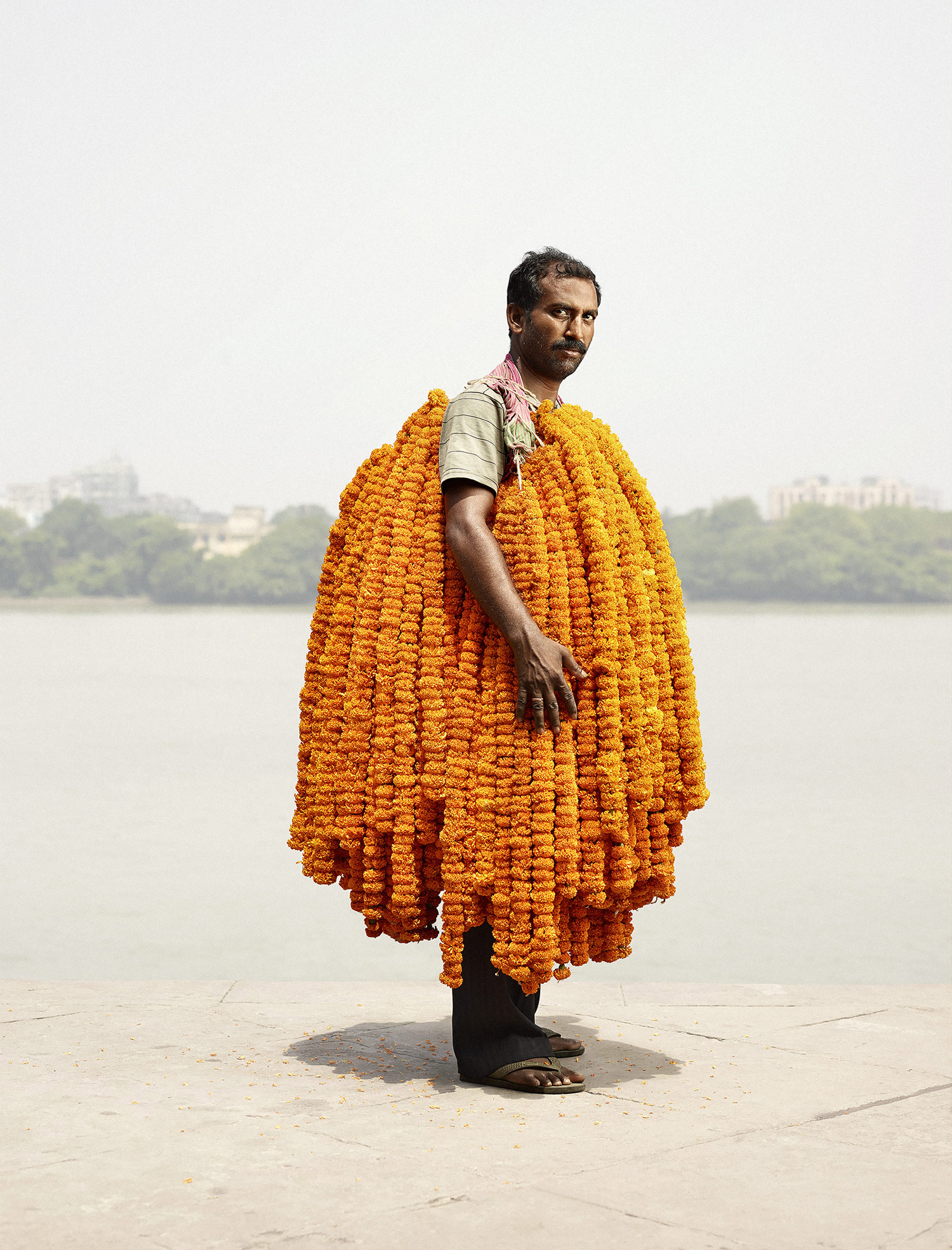 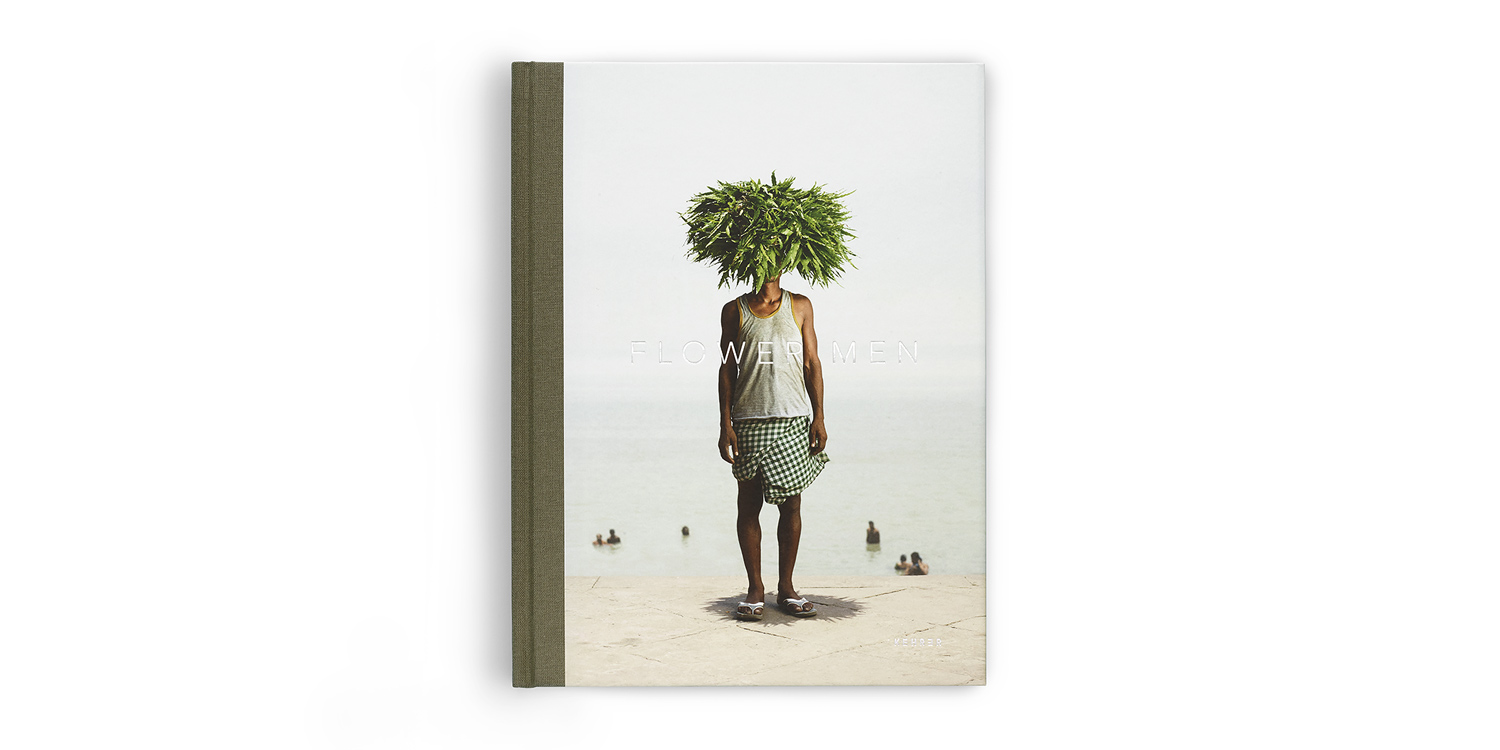 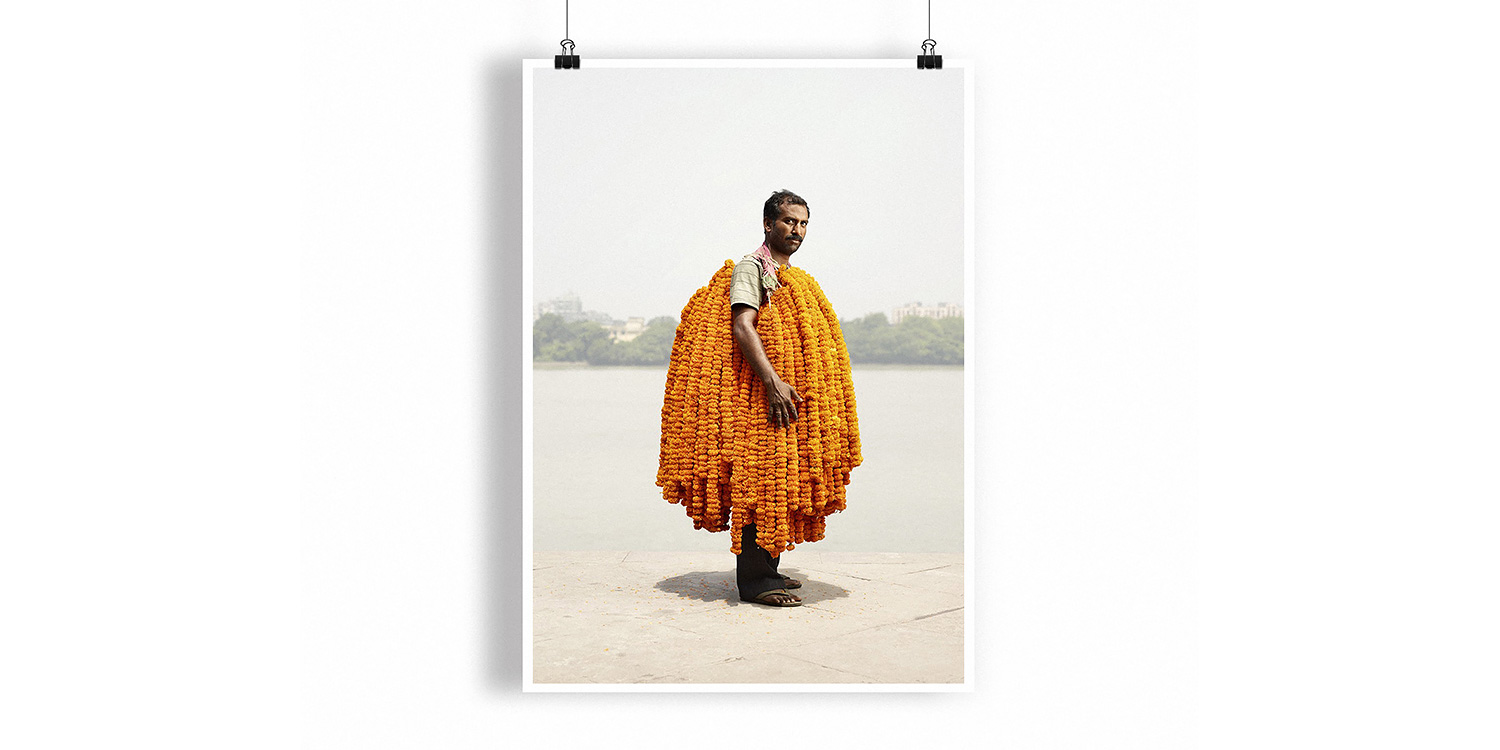 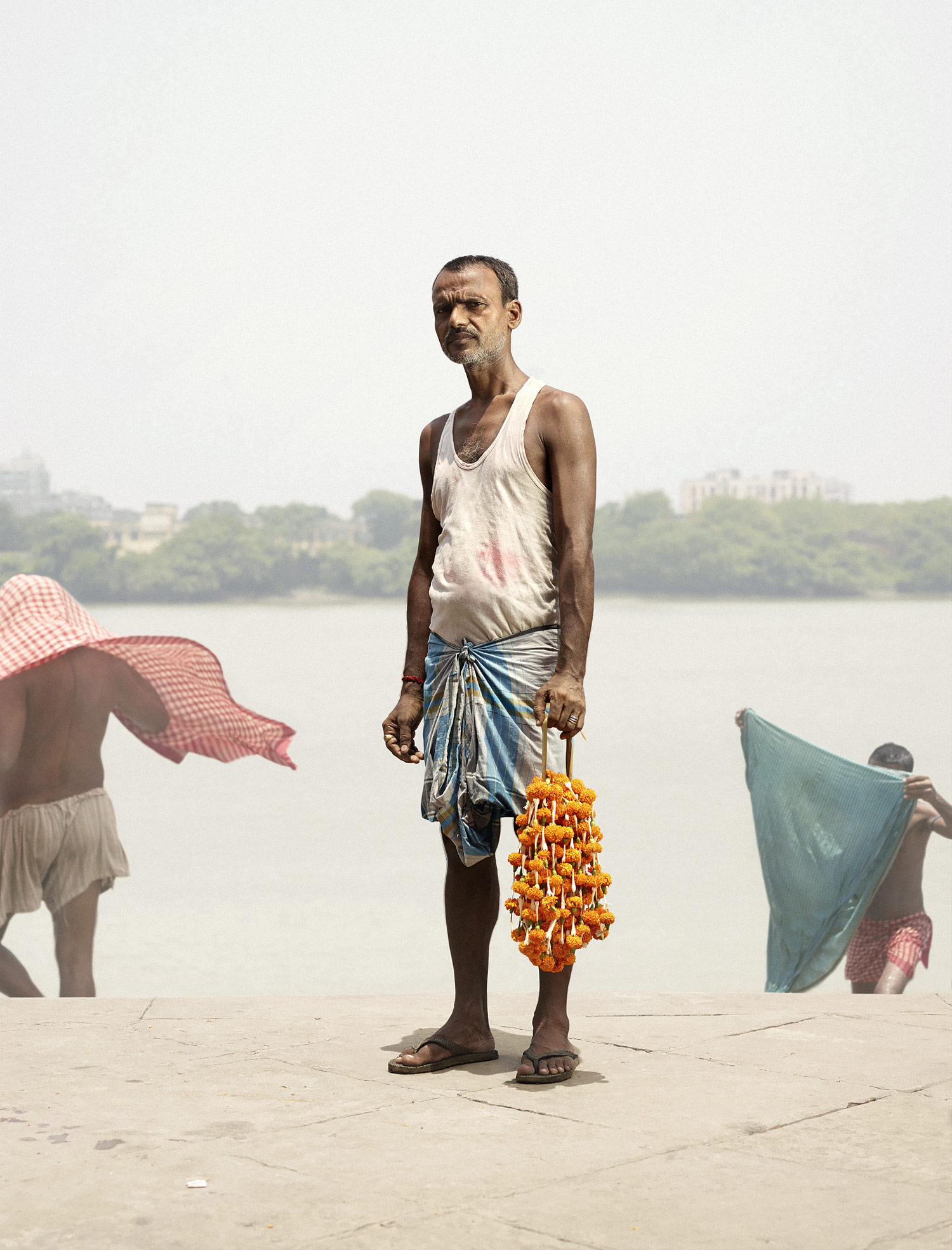 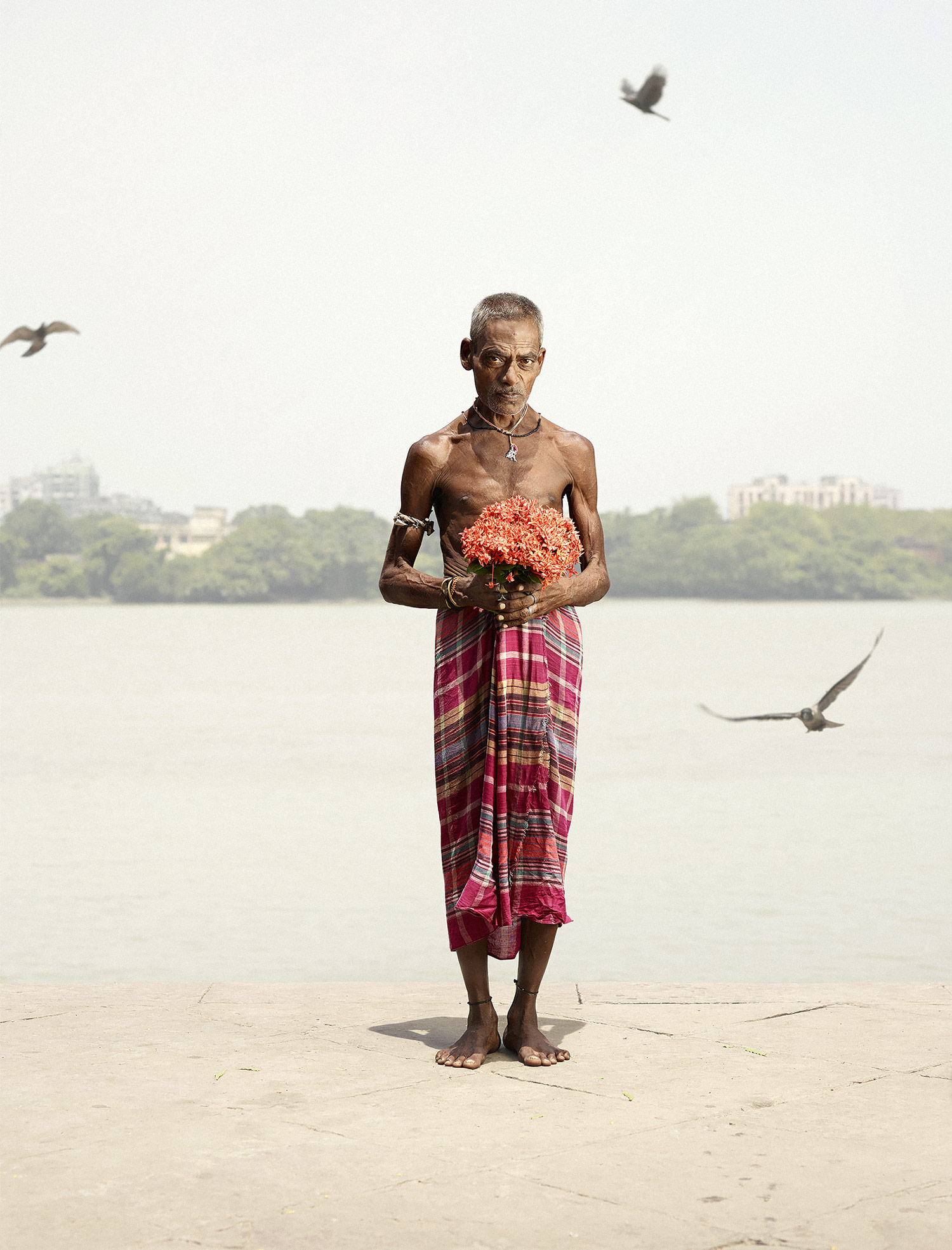 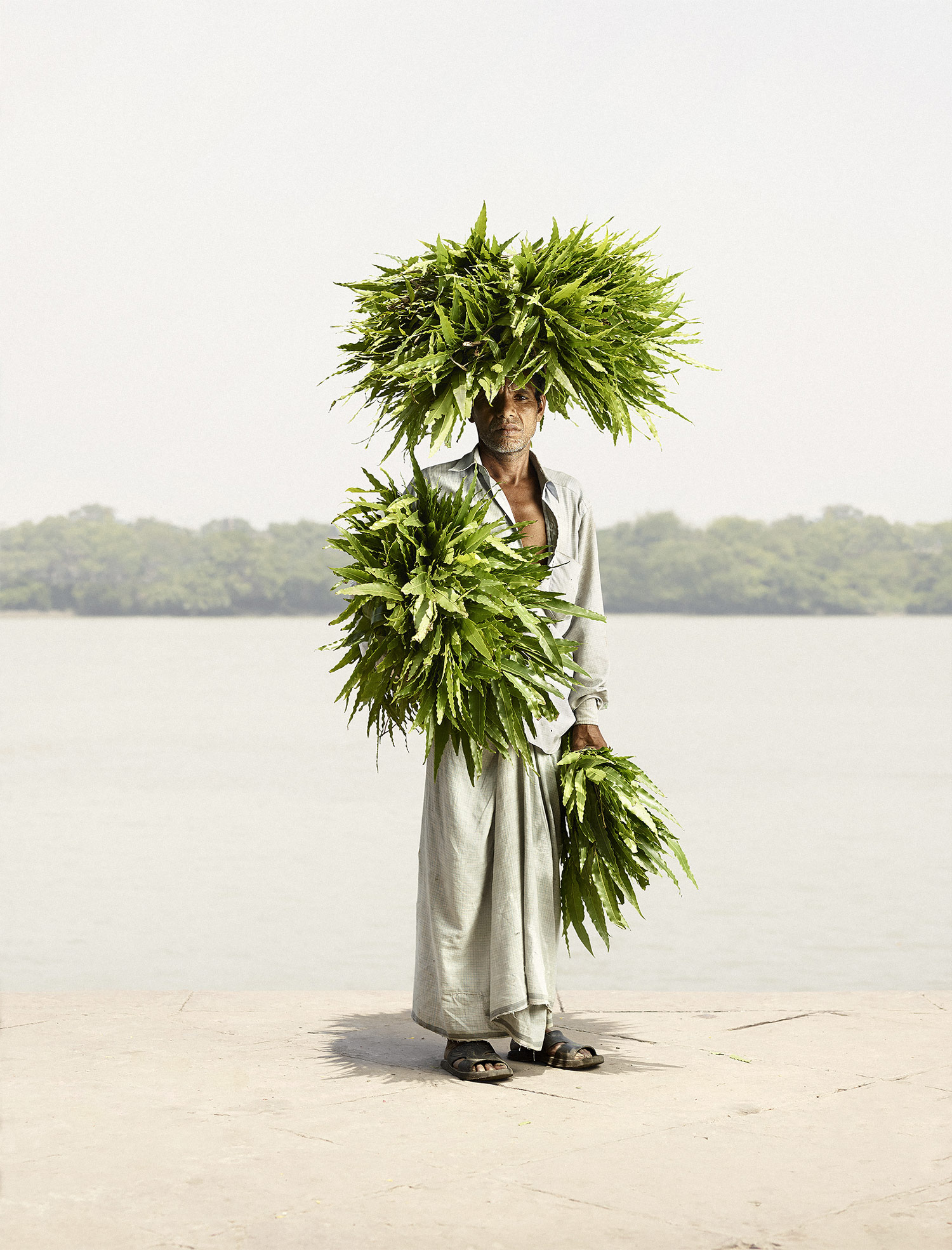