In collaboration between Ken Hermann & Gem Fletcher – In partnership with WeTransfer

The Well of Death is travelling Indian tradition – high-octane, low-tech entertainment where cars and motorbikes roar around the vertical sides of a 60ft wooden cylinder. Ordinary men and women risk their lives for the thrill of the crowd. The atmosphere overwhelms the senses from the rasp of the engines to the sickly combination of candyfloss and fuel that scents the air. The crowd stand in awe, enticing the drivers with rupees to ride closer to the edge. →

Radha started riding at thirteen. Mesmerised by the stunts she saw performed in her local fair in Delhi, became determined to become a daredevil. Trying to gain access into a macho sport in a patriarchal society was a challenge, but she stayed focused and is now one of the most renowned female riders in the whole country. →

Although the riders originate from a variety of states across India, they live and tour like a family. They ride eleven months of the year performing fifteen-minute shows up to twenty times a day, embracing the mental and physical endurance for an adrenaline-fuelled ride. 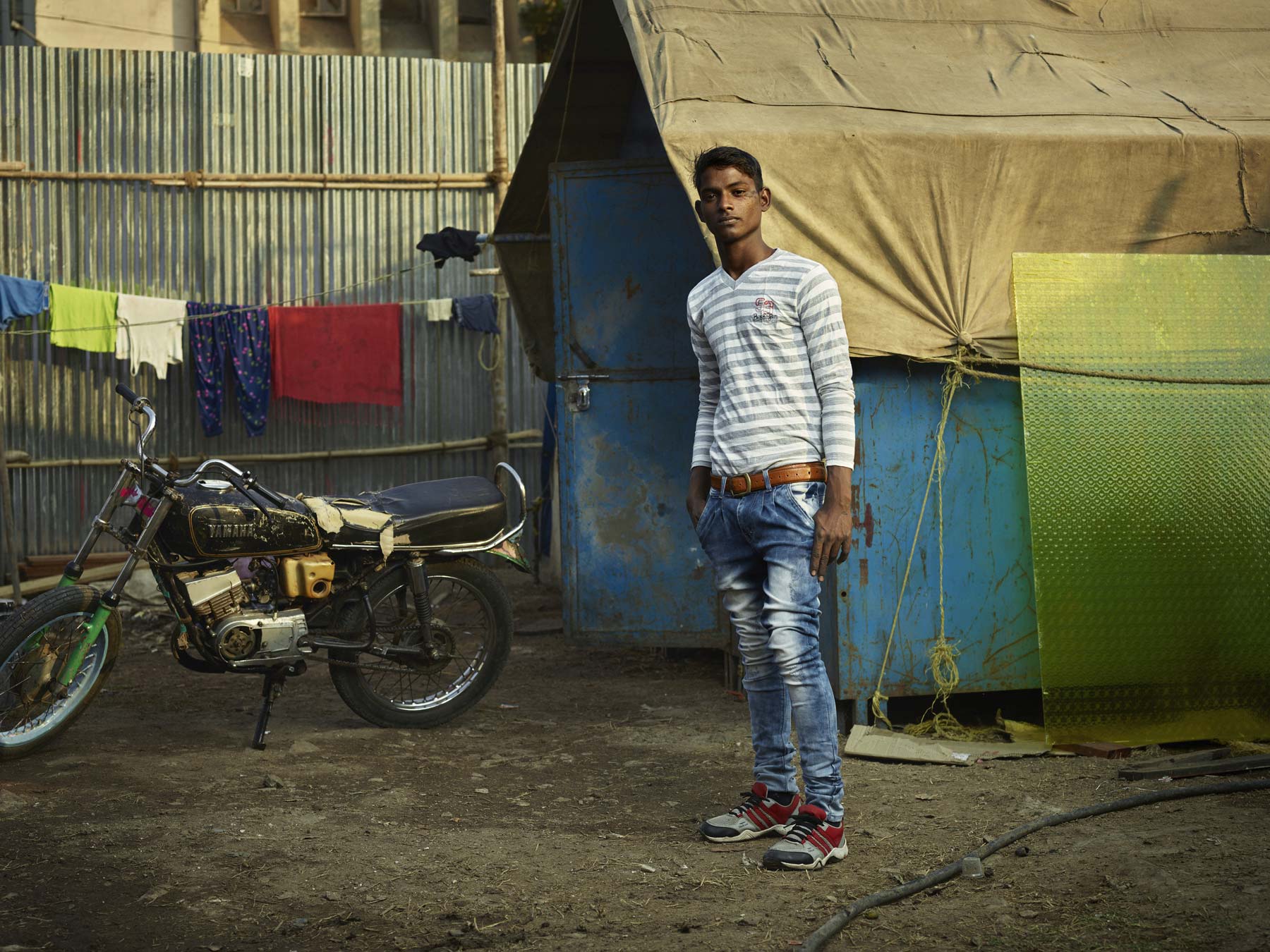 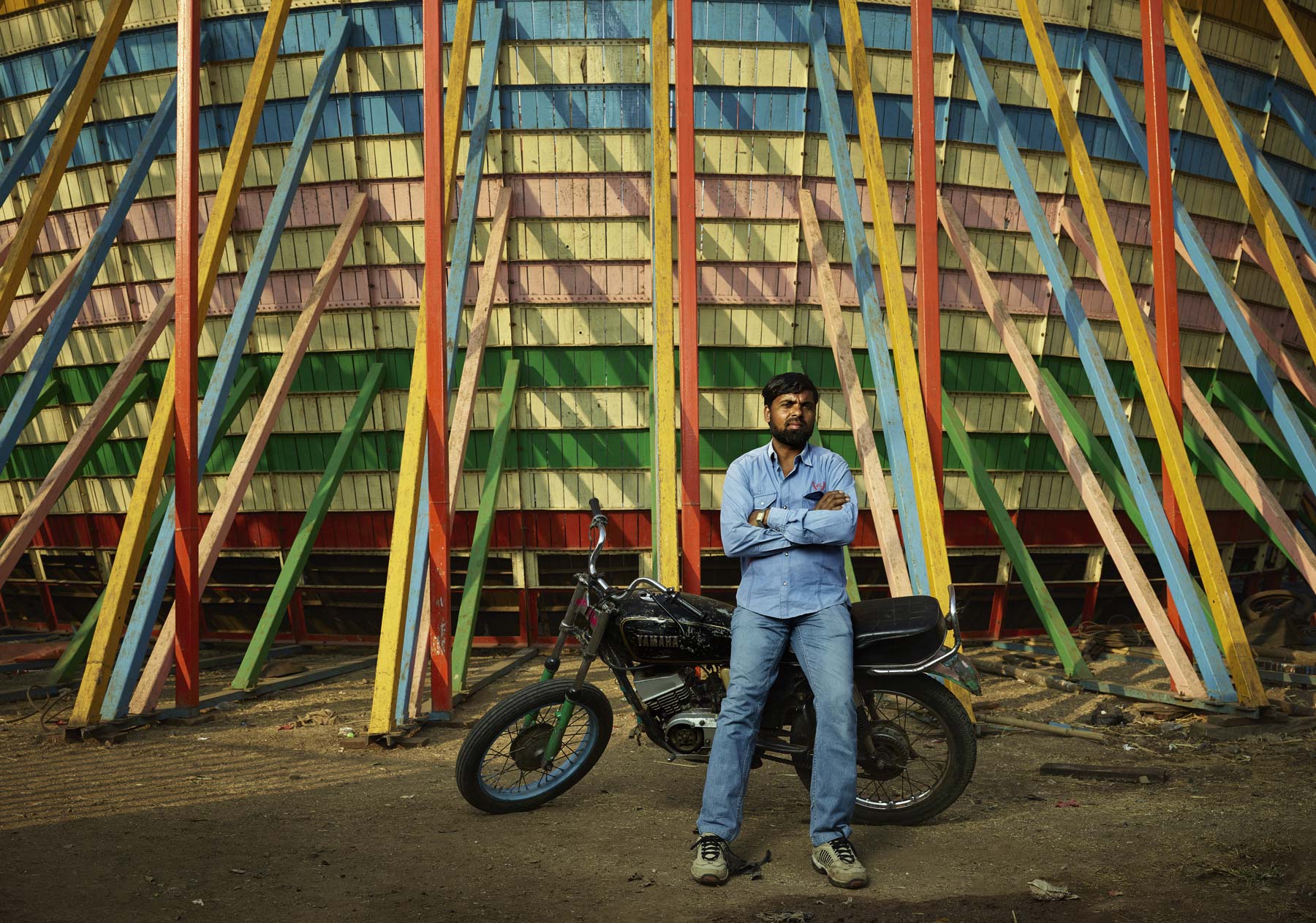 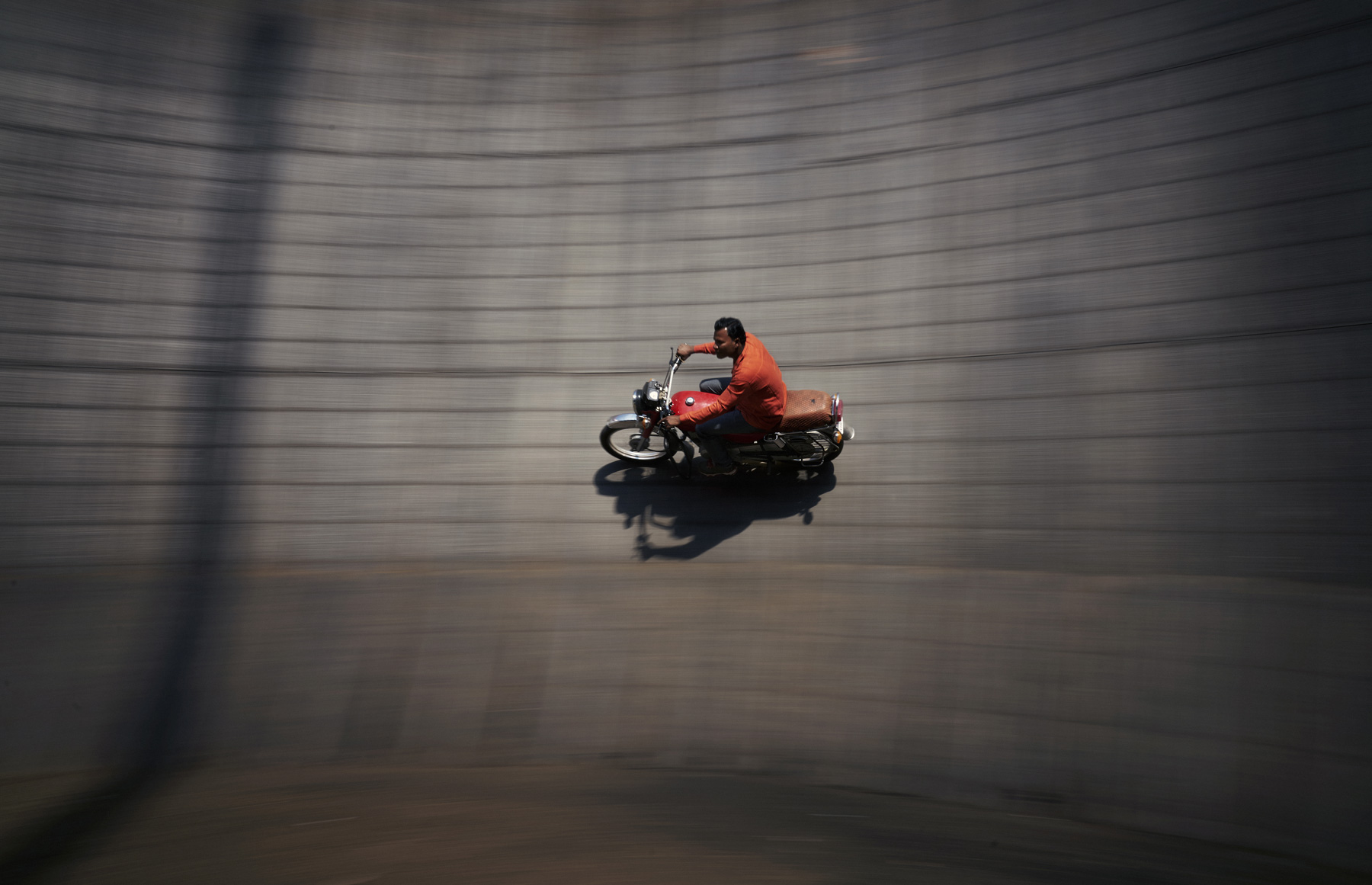 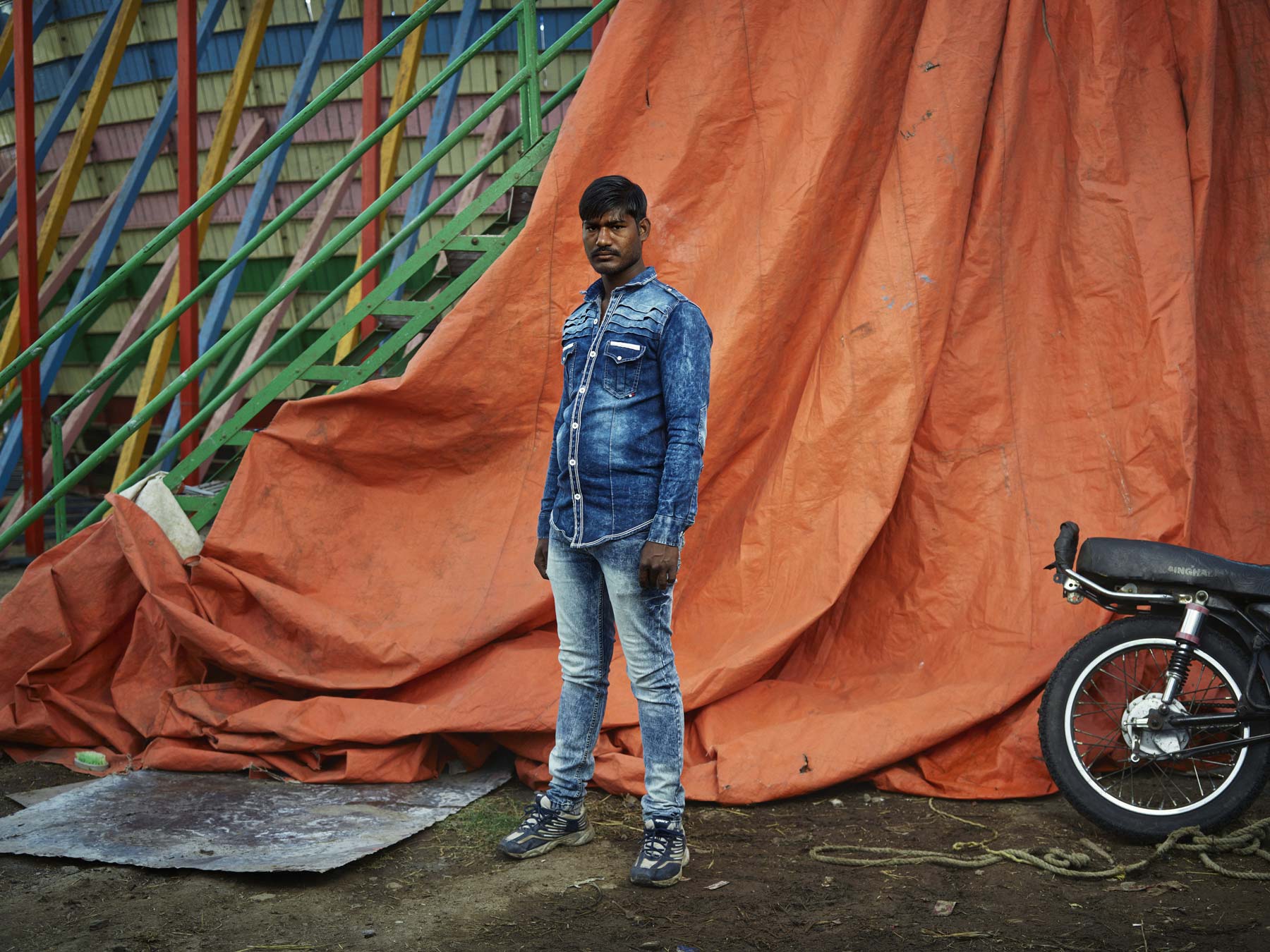 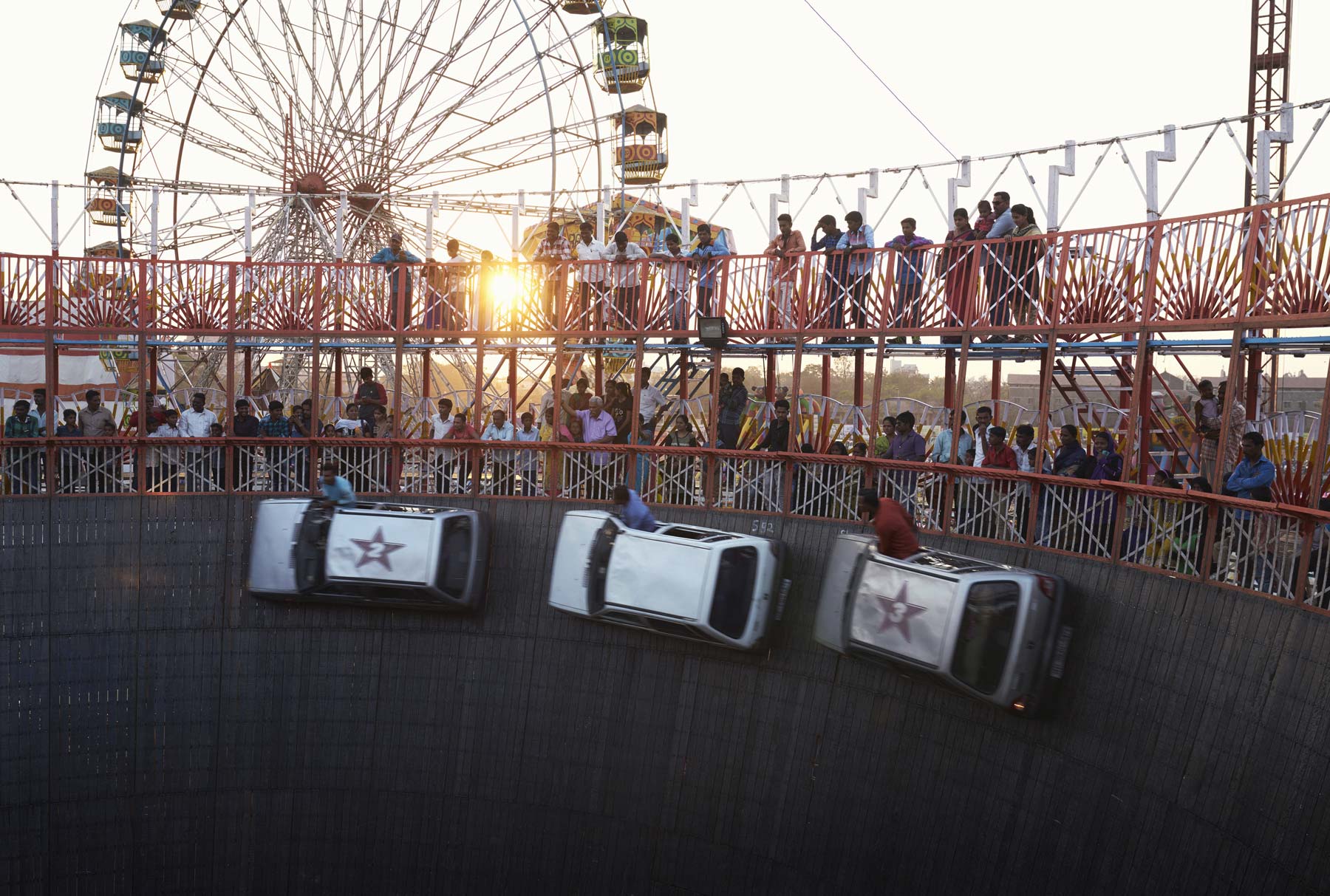 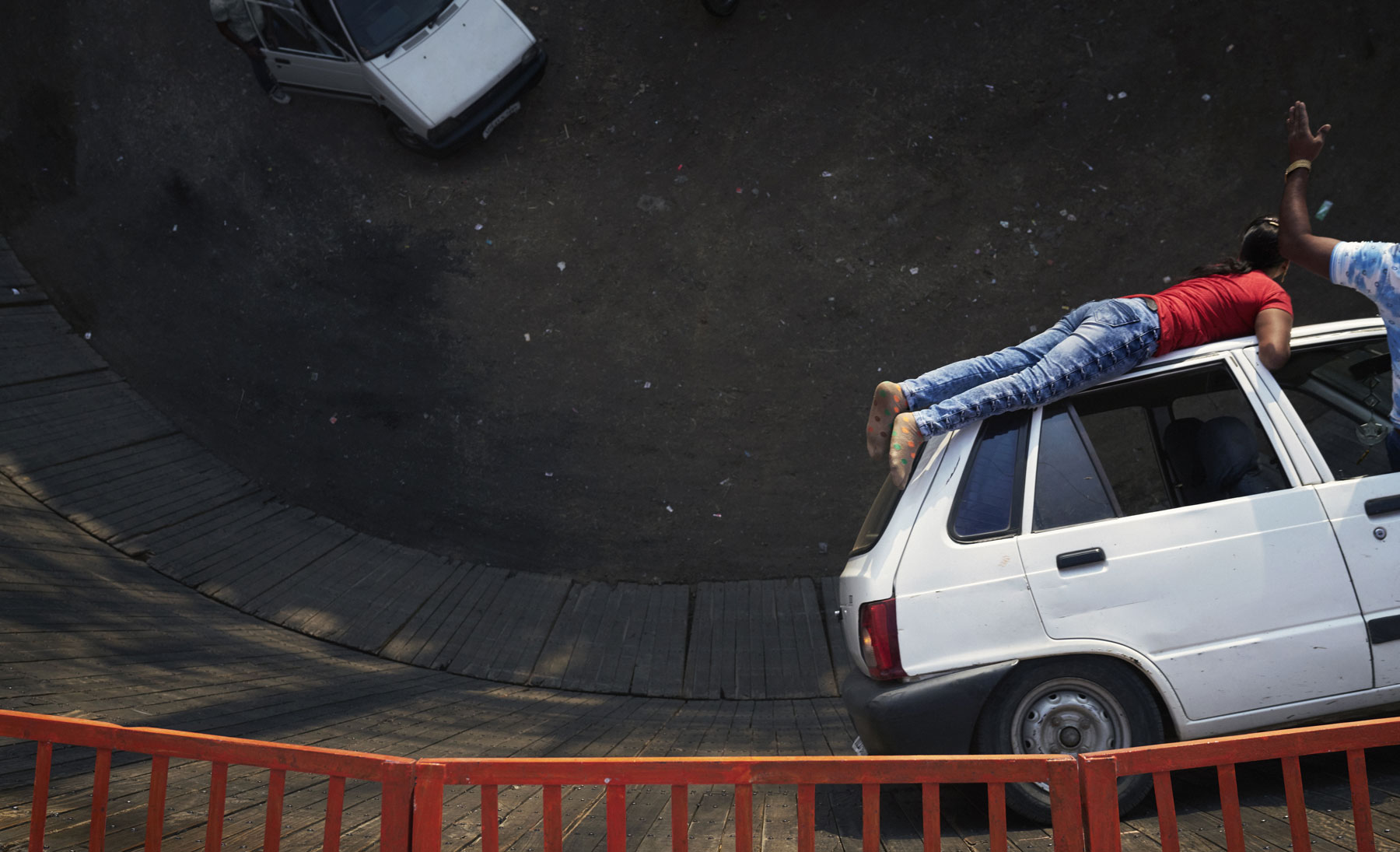 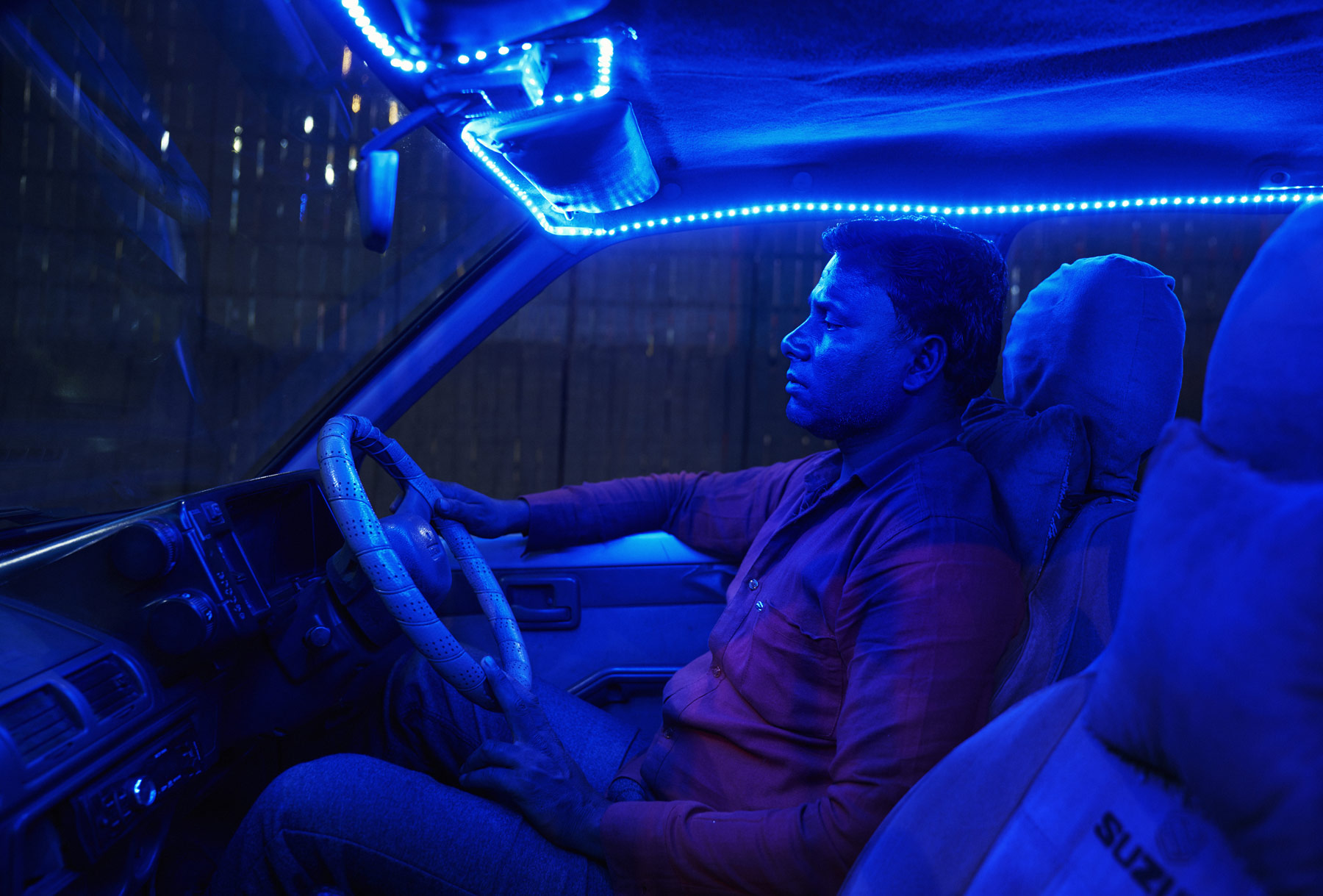 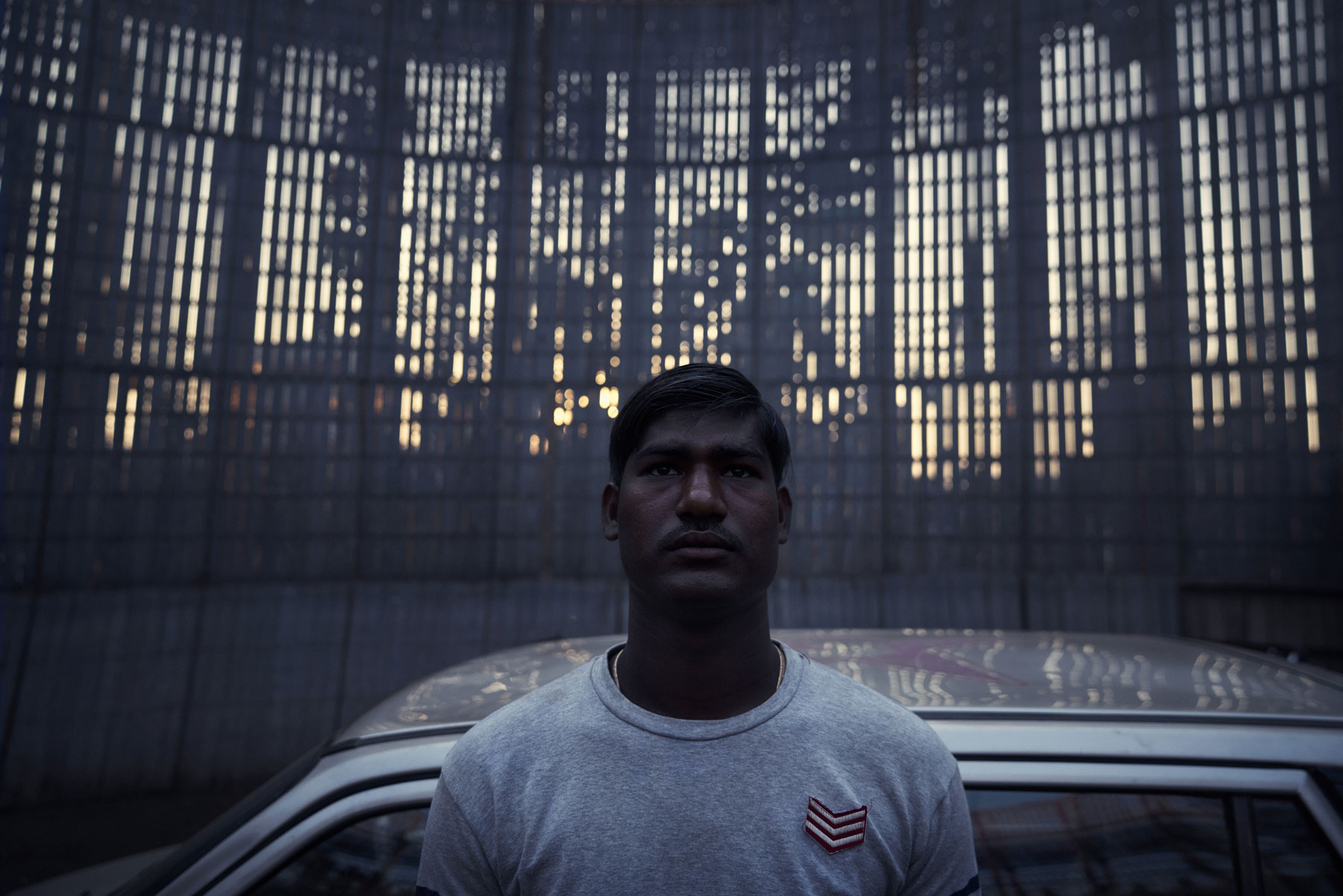